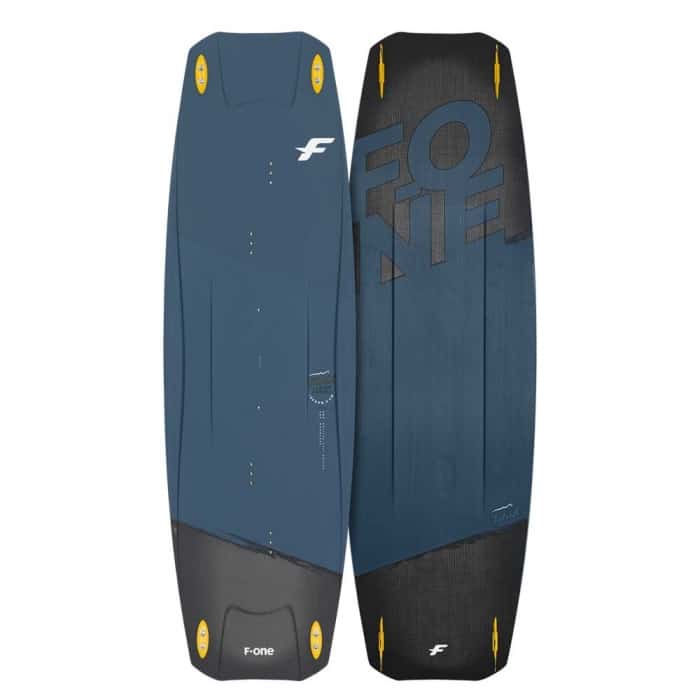 The product name could almost pass for a private label: The Trax is an institution at F-One. For years it has taken the role as a link between freeride and freestyle. 2020, the French offer three variants: a taut and lighter carbon version, the Trax HRD Lite Tech and the softer and somewhat cheaper Trax ESL. F-One board designer Charles Bertrand has only made changes to the construction of the carbon version. The construction of the HRD LT remains unchanged. The pads have been slightly revised and now offer more grip.

Construction of the Trax

The Trax has two very noticeable design features: The curved HRD edge is reinforced in the heel area and runs a bit thicker there than in the middle and at the tips. In general, the edge is stronger compared to most other boards. The overall weight can also be described as heavy. The "Lite Tech" in the product name is not an indication of a particularly lightweight construction, but the construction allows light through, which does not bring a performance advantage, but certainly looks a bit cool.

Performance on the Water

Despite its rather hard tuning, it glides smoothly through choppy water thanks to the edge shape. The weight may even help a bit here, because it lies in the water instead of and a bit deeper. As a result, it hardly jumps out of the track. On the other hand, it doesn't look as delicate as the Select or Deluxe. The Trax is pleasantly versatile in terms of weight distribution and riding style: it can be ridden hanging on the tail, standing centrally, or even with a lot of weight on the front leg. The Trax is not bothered by splashing water.

The board wants to be ridden with some pressure and guidance over the front foot. Then it pulls neatly and reliably height, but does not quite keep up with the very luvgier boards like the Spectrum.

At full steam, the Trax doesn't allow itself a breather. Those who have become accustomed to the slightly different edge feeling can step firmly on the edge of the Trax in order to weather gusts or to powerfully over-fry through the area at will. With a little guidance with the front foot, the edge holds without any problems. 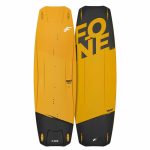 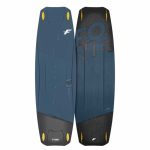 Turning behavior, guidance and jumping with the Trax

Particularly striking is how easy it is to switch the Trax. You can even let it slide across for a few meters in a controlled manner without the fins catching and braking the board. The effort required is minimal. In the jibe, you should refrain from balling into the turn with too much power on the back foot. If you stand more centrally, you avoid the tail smearing and breaking away. It then carves cleanly, roundly and in variable radii through the turn.

When jumping, the Trax's all-round characteristics are very noticeable. Hooked in, it prefers a powerful, fast takeoff over the length of the edge and less over the tail - for unhooked maneuvers this technique applies anyway. Then the board can be charged with a lot of take-off energy and shoots up high together with the pilot. Even the boat faction will not be disappointed by the Trax. The unhooked performance of the Trax is sufficient for wakestyle basics. Landings are moderately softly damped, but go a bit on the knees in messy landings - though our crew wasn't quite sure if that was due to the harder pads or the board itself.

Summary of the F-One Trax Review

The Trax is and remains a versatile all-rounder that delivers solidly in all areas. Especially strong or heavier kiters will like the handling. If only it were a little lighter!