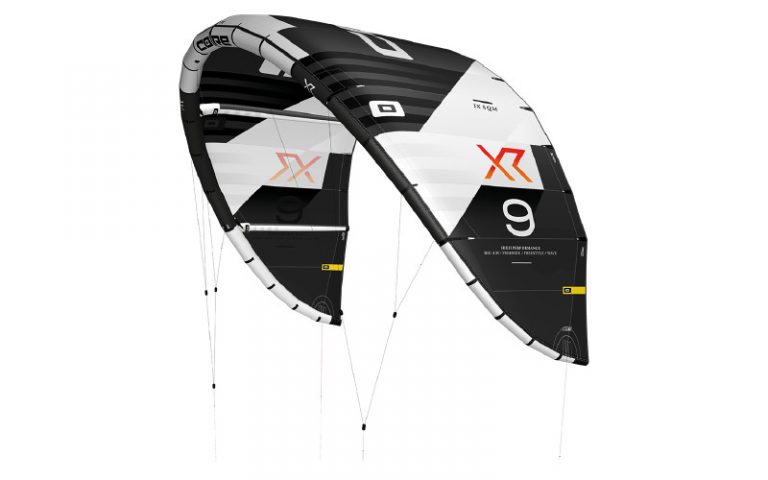 A review of the "Skyscraper" Core XR7

Core is releasing the seventh version of the XR on the market. Already the past versions could set new standards in the Big Air and Freeride area. Also 2021 there are with the XR7 not only material updates, but also in design.

The Core XR range has been at the forefront of the best performing freeride kites for years. In the past, especially the balanced high top ratings in almost all test categories were praised. This made the XR series attractive to a wide audience. For beginners as well as advanced riders, the Core XR series represents a great all-round kite. Also this year, the Core engineers have come up with a lot to further improve the evergreen.

The CoreTex 2.0 Triple Riptstop Canopy developed by Core itself is used for the first time. The triple ripstop fabric is extremely tear-resistant to external influences and deforms very little. This gives it even more power in its overall appearance. Optimal UV protection is also provided by an optimized coating.

In the GTS 6, the struts were built from the new ExoTex Light. The lighter but nevertheless stable material was already convincing there. Now the XR7 has also been equipped with ExoTex Light. To guarantee an ideal power transmission of the canvas to the front tube, it has a 5 Strut Frame. This also gives it additional stability.

The front tube has also received an update. This has been made slightly narrower and is made of ExoTex Ultra Ridgid Dacron, which further improves the lift.

Core also relies on the principle of the Intelligent Arc for the XR7. To illustrate it, Core also affectionately calls this the "flapping wings principle". When you pull the bar, the kite spreads out in the air like a bird spreading its wings. This simply creates additional lift to raise you into the air. If you depower accordingly, the "wings" will tighten again.

Your XR7 - your CIT mode. With this motto, you can customize the XR7 according to your needs thanks to the CIT modes. You have the choice between 3 attachment points at 3 points:

Something has also changed in the design. Core still uses their iconic black and white design, but the XR7 gets some color. The XR lettering has been designed in an orange gradient. The following pictures show you the new design. The Core XR7 is available in a black or white version. 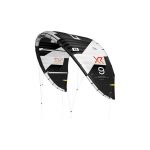 The advantages of the Delta Bow Shape

The XR7 flies as if by itself at the edge of the wind window and allows you to run wonderfully upwind. So you never need to ride a few strokes to gain height again. Because it hardly touches down in the water, it has a fantastic relaunch. A little pull on the steering line and there he flies again.

In the air, he seems to be quite indifferent to the gusts. Thus, it is a reliable partner for cruising and freeriding, which responds precisely to steering impulses.

The Design is so nice!