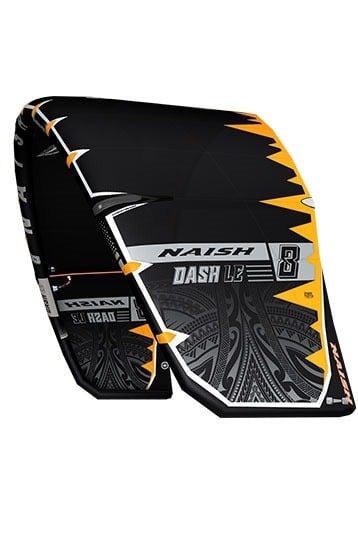 For its 25th season anniversary, Naish has given the Dash a new look. In addition, there are some new features that further improve the popular all-rounder.

The Dash performance on the water

On the water, the Dash immediately gives you that typical Naish feeling: it's fast, precise and with little bar power. Added to this is Naish's parade discipline - the unbelievably soft and smooth depower. You never feel any jerking when tightening and pushing away the bar, and even small corrections deliver instant reactions. Clearly Naish's kite designer Damien Girardin has done a great job there. The Dash is not a "sheet and go" kite - to bring out its best side, it does require some input from its rider (as is common for this type of kite). In the wind window, it sits a bit further forward than the Pivot, which means the low end isn't quite as good either.

On the other hand, the Dash delivers powerful punch when used skilfully! First you explore the wind window with it to find the speed spot - and then you shoot yourself to the moon with it, grinning from ear to ear. The kite literally soaks up strong gusts and never wants to pull you off the edge - a big plus when you want to push your limits and pull off some megaloops in crisp conditions. Even unhooked, the Dash is a fun machine. It's fast and delivers great slack for handlepass tricks. When looping, it has so much speed that you don't have to worry about not getting caught. Loops are one of the Dash's specialties. Experienced loopers can go for a larger size with short lines. 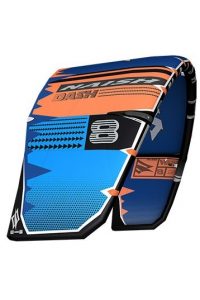 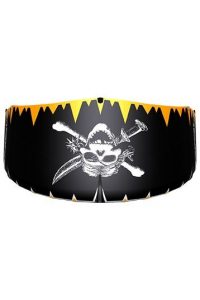 The new Features of the Naish Dash

New addition this year was the valve and a new bridle system. The valves as you know them from the SUPs work perfectly. It can be inflated quickly, as well as the complete deflate works very quickly - pump attachment is included with each kite.

With the new attachment points of the control lines you can switch between Freestyle and BigAir. At first I was skeptical whether you notice it at all. But definitely the unhooking in freestyle setup is easier and you have more slack. So even here he does what he should.

Summary of the Dash Review

The Dash is for more advanced riders looking for a fast and strong kite. With its Open-C shape and thin leading edge, the kite turns fast and develops an explosive pull. Thus, the kite feels most comfortable during jumps, kite loops and unhooked maneuvers. Compared to the Pivot, it is faster, more explosive and more "aggressive". It develops more pop and slack than the Pivot and thus lies with its performance characteristics approximately between the Pivot and the Torch.