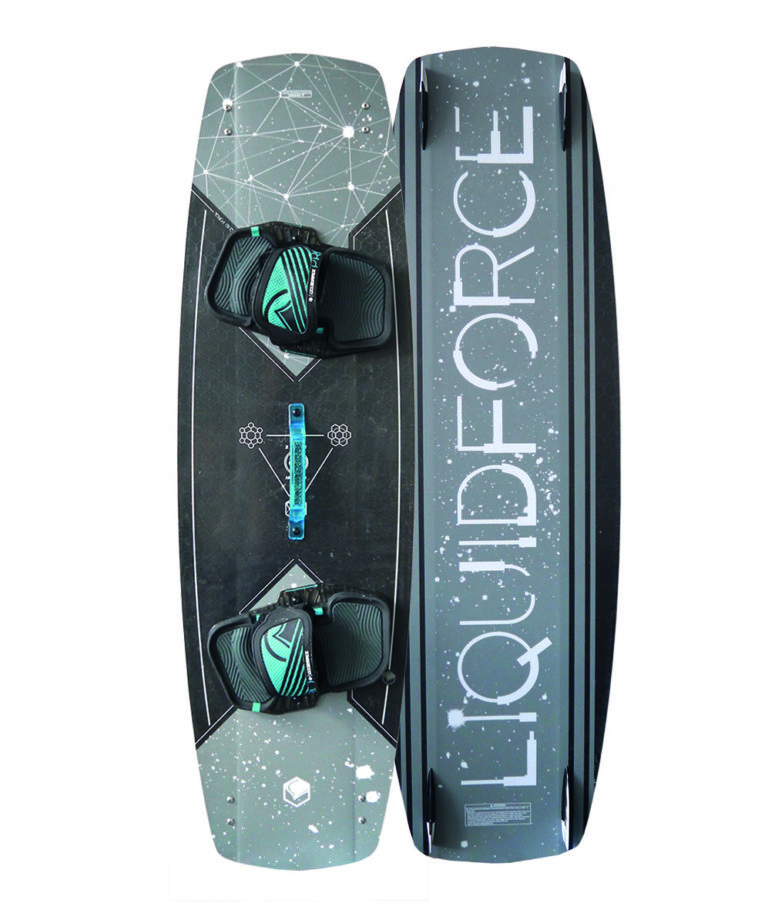 It should be more noble, stiffer and sportier: The Drive line can now be seen as an all-purpose weapon in the Liquid Force range. In the freeride segment, the Drive has long been considered the most successful board in the Americans' range. Not least for this reason, the developers have added two more models to the basic version. The Overdrive for light wind sessions and the Drive Carbon for all those who are looking for a firmer chassis, a sportier character and a more noble appearance. While the boards differ from each other due to the same outline only in their design, it is worth taking a closer look here. The Drive Carbon has been designed for freestyle riding much more than its glass counterparts. This is evidenced by the more reactive and tighter hull tuning. In addition, the carbon fiber cut weighs almost ten percent less in direct comparison, but is also more clearly reflected in the price, depending on the carbon fiber used. The underbody construction is clearly similar to its freeride counterpart. There is a discreetly designed, continuous mono-concave to achieve good values for controllability.

More versatile - because it is decidedly sportier - than the conventional drive, the carbon version is particularly impressive with its defined sports suspension and hull dynamics trimmed for performance.

As in the glass version, Liquid Force uses a rather flat bottom curve, which is only slightly higher than on the other two drive boards. The glide performance is therefore in the top range for this board group. When the Drive Carbon gets going, it shows impressive sprinter qualities and quickly reaches its very high maximum speed. The sporty, crisp fuselage tuning proves sufficient damping in choppy water, which means that the ride is so smooth that no abrupt loss of control is to be feared. While beginners are certainly better advised with the freeride version due to the more comfortable basic setup, the controllability of the board does not present a great challenge to experienced kiters. The combination of an energetic edge grip and 40 mm fins offers a good control, but does not limit the agility too much. Fast edge changes as well as plane turns on the water surface are easy to achieve, which underlines the playful orientation and provides enormous riding fun. This does not have to be missed even in radical turns, which are performed in medium radii without serious loss of speed. Even tighter radii are possible, but the board then brakes noticeably. The Drive Carbon can be guided to the jump with absolute ease, impresses with maximum hold until take-off and thus offers the best conditions for hooked jumps, which are also no obstacle for novice jumpers. Loaded jumps are just as controllable. To get the maximum out of jumping performance, the rider should not be too timid. If you want to experience the enormous resilience of the fuselage, you should be able to apply a good portion of power.

More versatile - because it is decidedly sportier - than the conventional drive, the carbon version is particularly impressive with its defined sports suspension and fuselage dynamics trimmed for performance. If you want more than just a comfortable base for relaxed cruiser sessions, this board is the right choice.