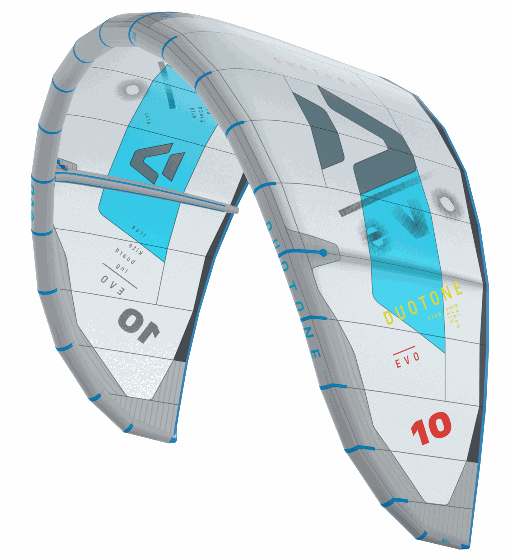 The Duotone Evo has been continuously revised and modified over the years, but has always remained true to its reputation as a reliable and easy-to-use all-rounder - and the 2020 model year is no exception.

The Duotone Evo has also earned a regular place among the best-selling all-rounders. Although it now faces strong competition from the Neo, Duotone still promises that the Evo is the best all-rounder within its own range. Designer Ralf Grösel wants to address freeriders, freestylers and wave kiters, even beginners and foilers with the Evo. That's why the Evo is the most popular tool for kite pros like Tom Hebert, who don't want to be pigeonholed into one category. The Evo has also been redesigned for the 2020 model year. Similar to its sportier freestyle brother Dice, the pulleys have been removed from the bridle. The direct suspension is intended to improve reactivity. In addition, the breakaway edge has been changed. It runs wavelike and is now designed narrower. The combination of different material thicknesses is intended to create a more homogeneous transition between the flying cloth and the tear-off edge, which ensures less white breakage and material fatigue. The Duotone designer also claims that this significantly reduces flutter. The Evo continues to be built as a delta shape with three struts, and Teijin's Trinity-X cloth is used for its flying cloth segments. 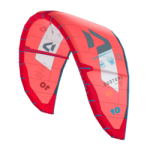 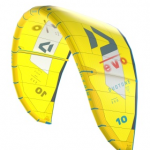 The Performance on the water of the Duotone Evo

In the air, the Evo doesn't need to shy away from comparison with the high-class competition. The canopy is bombproof in the sky. The airfoil is clean as a whistle and wrinkle-free across all usable angles of attack. Although the canopy seems a bit softer than the stiff Nexus or the Enduro, the slight movements in the tips do not detract from the flight stability. Even in strong gusty winds, the kite does not start to wobble.

The new suspension of the Evo can be felt directly. Compared to its predecessor, the kite is more defined on the bar and the pull point can be felt more precisely. Nevertheless, the sweet spot is still large and compared to the competition, the Evo seems more damped in the hand. The feedback is decent and the kite can be felt well at all times, but the comfortable tuning dominates here rather than the sports steering wheel feeling. On the other hand, the bar feels pleasantly calm in the hand and conveys intuitive control over the action in the air. Both steering and holding forces are pretty much in the midfield.

Compared to the nimble WS or Nexus, the Evo takes it a bit easier. The Duotone reacts quickly, but not ultra-fast and direct. The flying speed is in the midfield. Its turning radii can be finely dosed and with an appropriate bar impact, the Evo turns almost on the spot. Others are more agile, but the kite is nicely homogeneously tuned in both tested sizes, so you don't have to adjust much when changing.

Similar to the Moto, the Evo is also one of the more powerful kites. Although it cannot be compared with the powerful Vision, it delivers enough steam even in light winds to easily get going without excessive cranking. The entire handling of the Evo is designed for simplicity. Beginners should find their way intuitively and benefit from its good-naturedness. Its enormous depower works efficiently, so that it can almost be cut out when needed. At the high end, it remains refined for a long time and can still be kept in check quite easily even at overpressure. If you know how to handle the edge, you can still kite with the Evo when others have long been on the beach pumping up smaller kites. The usable wind range is enormous. In addition, the kite has a pronounced sheet-and-go behavior. The propulsion can be excellently dosed via the bar. On the upwind course, it doesn't show any weakness either and pulls reliably and far to windward at the edge of the wind window. It's just not the most agile.

The Duotone Evo in Waves & Jumping

The Ten in particular requires powerful steering impulses to change direction quickly and tightly enough. Who is more often in the wave than on flat water on the way, could miss here a little liveliness. The round turning behavior with even pull buildup and its kind handling help in any case not to be plucked from the board even in critical situations. In addition, it scores with a lot of depower, its precise control, high flight stability and fast relaunch - all important attributes for the wave rating. It can also drift solidly, although not quite on the level of the top WS, Bandit S or Nexus.

Jumping - Here, the Evo is a bit ahead of the more wave-heavy competitors. It is amazingly easy to jump and delivers solid performance. With a low lateral pull and a powerful steering impulse, it shoots up quickly and releases a medium-powered lift. Hangtime is remarkable, plus it impresses with very easy control in the air. It is almost difficult to deliberately underjump the kite. It pulls kiteloops evenly without the really big spectacle and catches the pilot reliably at the end. Even for unhooked basics, the Evo is easily suitable.

Designed a little more in the direction of freeride than wave, the Duotone proves itself above all as a comfort-oriented all-rounder. If you are looking for simple, uncomplicated handling and can live with the fact that the Evo is not one of the most sporty-agile kites, you should definitely give it a try.